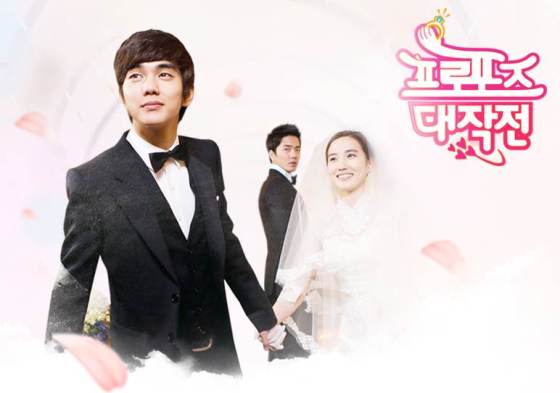 I am so in love with Operation Proposal that it’s not even funny. My eyes often control my heart, so maybe it’s the pretty that’s blinded me, but seriously, I am head over heels. It’s not a drama that I’d really recommend without a disclaimer: Warning, patience needed. But I love it anyway.

The light, wistful tone is perfect for the premise. It’s a story about how a guy loses a girl over, and over, and over, but the drama never feels heavy or overdramatic. It’s fluff with some heft. And seriously, the earnestness just kills me, it’s so damn adorable. I blame it on the voiceovers. If Baek-ho were any less sincere, I’d have crossed over to Second Lead Camp at episode two.

And as much as I love this drama, I’ve had the thought multiple, multiple, multiple times – this premise is much better suited for a movie. I mean, a girl can only take so many facepalms at missed opportunities before something gets thrown at her very, very expensive laptop. But here’s where the sixteen episode justification comes in: this isn’t just a love story, it’s Baek-ho’s coming-of-age. Yes, he’s trying to win the girl, but ultimately, he’s bettering himself into a real man that doesn’t believe love is an entitlement. He’s making wiser decisions and widening his perspectives to become an adult that remembers the past without regrets.

But he’s human, which means screw-ups and more blasts to the past. Now, at episode ten, we’re really starting to see some change: from the mopey man at the wedding to the proactive Casanova (Heh. As if.) that he’s slowly trying to become. It’s all part of the journey, and I feel like to truly know these characters, every single one, we need those sixteen episodes to really explore every facet of their growth. 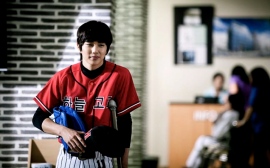 I’m also digging the Change Doesn’t Happen Overnight theme. It works in nicely with the Fate Likes to Fuck With You motif. So while it feels like the little changes in Baek Ho and Yi Seul’s relationship amount to nothing, the drama isn’t just spinning its wheels. There’s a thematic purpose to it. I mean, watching arrogant chaebol after chaebol become the perfect boyfriend overnight isn’t exactly pop culture imitating reality. These things take time, and I think the drama’s doing a really great job showing that.

Is this drama perfect? Hell, no. It wasn’t exactly written by rocket scientists, so the time travel mechanics are all screwy, and if you look too closely, the butterfly effect doesn’t exactly hold up. I mean, it’s not exactly a thinking drama. But I love the pacing, and damn, do these writers know how to leave cliffhangers that punch you in the gut (and then want to tear up scripts for their weak-ass payoffs). The camerawork is absolutely gorgeous with a soft focus that compliments the light tone of the drama. 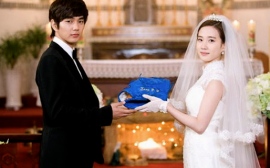 The acting is spot on from everyone in the cast – especially the guest actors (even the cliche Dr. Stalker Bitch that appears in episode ten). Though the premise is being rehashed to death, the drama still feels fresh, and there’s organic character development across the board. I am onboard all the way, waiting at the edge of my seat for my next dose of sugary-sweetness. Because it’s nice to turn off my brain every once in a while.